While most of us would be hard-pressed to say we don’t own anything bearing a “Made in China” tag, the country which produces seemingly everything under the sun is also home to a vast array of interesting home inventions, handmade by ordinary citizens. Here are some of the most interesting – in no particular order. 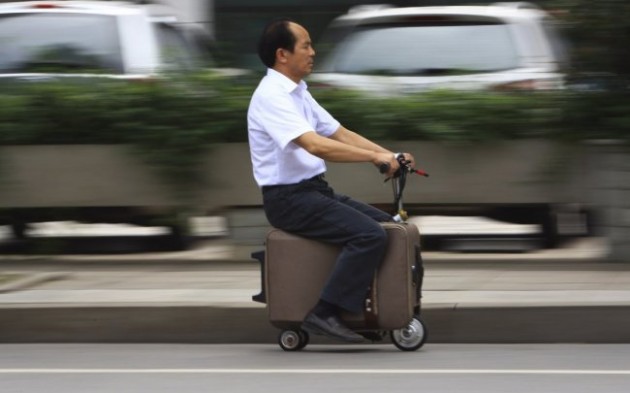 1. This battery operated suitcase, the design of Heh Liang, was ten years in the making. The contents of the case can easily be transported over short distances – provided you’re not in a great hurry! The vehicle can reach a speed of 12 miles per hour, and can travel for up to 40 kilometers before it needs to be recharged. 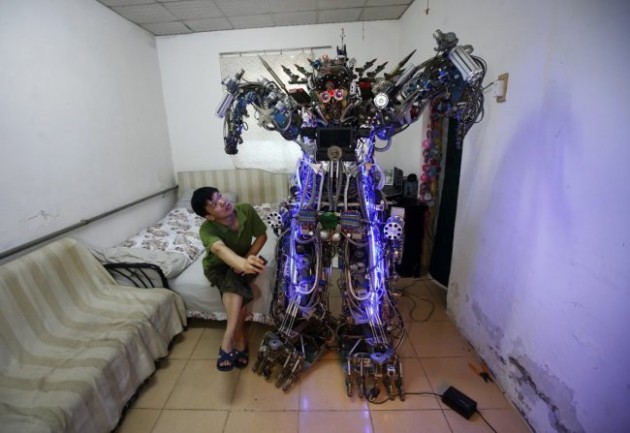 2. It looks like the creator of this robot has a permanent roommate. After spending $49,000 on scrap metal and wire, Tao Xiangli realized that this remote controlled invention was too large to get through his front door! 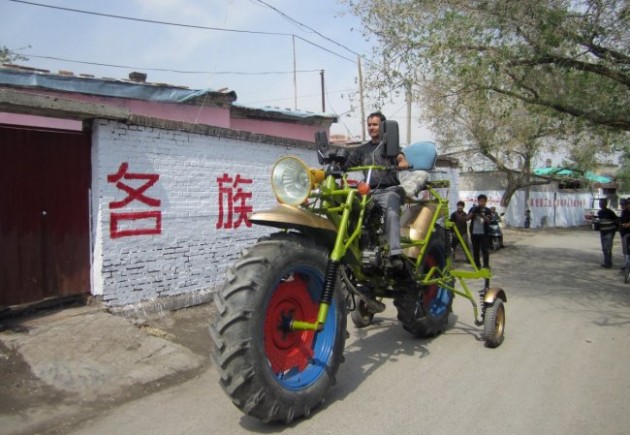 3. At 7 feet, 8 inches tall and weighing over 600 pounds, Abulajon may have created the largest motorcycle on record. It cost him $1,300 to produce, and can get up to speeds of 25 miles per hour. 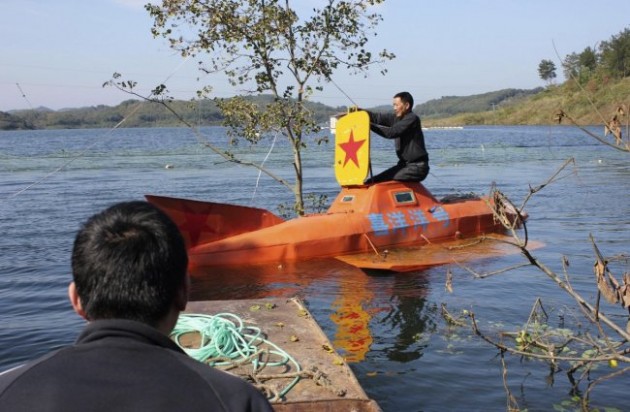 4. This homemade submarine was designed and built by a farmer in Hubei province. After 5 months in the making, he was able to navigate his sub to an impressive depth of 30 feet – in a lake near his home in Dangjiang. 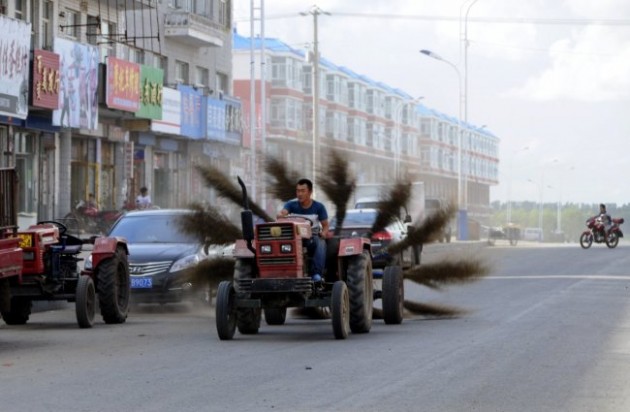 5. This street sweeper can be seen performing its’ duties in Mohe, Heilongjiang province. The creator of this vehicle modified a tractor to include 12 spinning brooms.